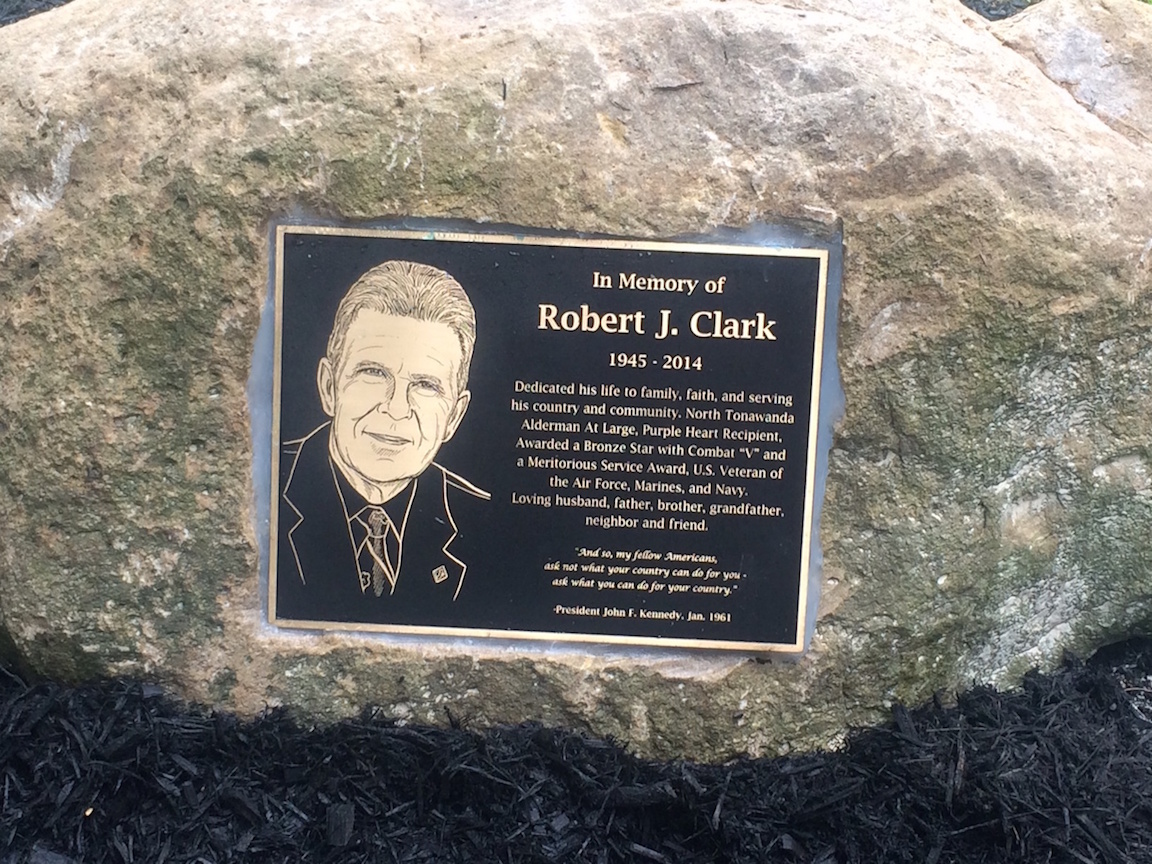 "Bob Clark's life service represents an extraordinary commitment to his community and country," Higgins said. "It is our honor to see that his service and that of a devoted military family be forever remembered."

"My friend Bob was a model citizen and decorated soldier - a thankless servant who fought for his constituents and his country," Ortt said. "I'm hopeful that this well-deserved recognition can somehow capture and honor the immeasurable contributions Bob made to our community and our nation."

"The City of North Tonawanda lost an exemplary man from our community," Pappas said. "This dedication acts as a tribute in remembrance of a man who served his county and community unselfishly."

Chief Master Sgt. Bob Clark served in a number of U.S. military branches for a total of nearly 40 years. He was in the Navy during the Vietnam War. Here in the U.S., he remained in the Naval Reserve for 25 years rising to the rank of command master chief. In the New York Air National Guard, he was sent to Ground Zero after the 9/11 terrorist attack. And he later went on to fulfill six deployments to the Middle East for the Air Force. His service and sacrifice earned him multiple military recognitions, including the Bronze Star with Combat "V" and a Purple Heart.

The city unveiled a bronze plaque dedicated to Clark. The plaque, inscribed with his name and dedicated accomplishments, is placed on a stone under a tree along the pathway at Veterans' Park. Clark's marker is near the Purple Heart monument that he worked on getting erected in the park in October 2013.

Clark was a graduate of North Tonawanda High School's Class of 1963. He served as alderman from 2013-14, and he was active in a number of veteran and community organizations, including serving as president of the North Tonawanda History Museum, a member of the Stephen Sikora Post 1322 and a parishioner at St. Mark's Lutheran Church.

Bob passed away in September at the age of 68, following a difficult battle with cancer.

His widow, Sue, his sister, Diane, and a small group of friends and family joined local leaders for the private presentation. 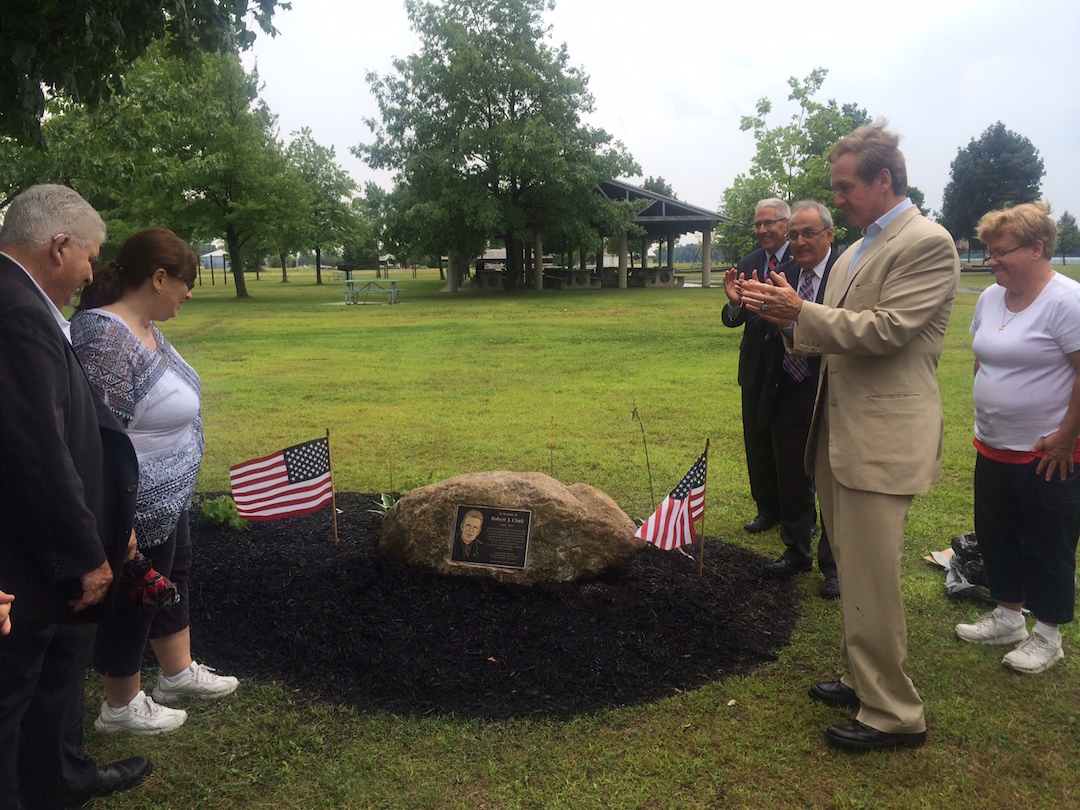 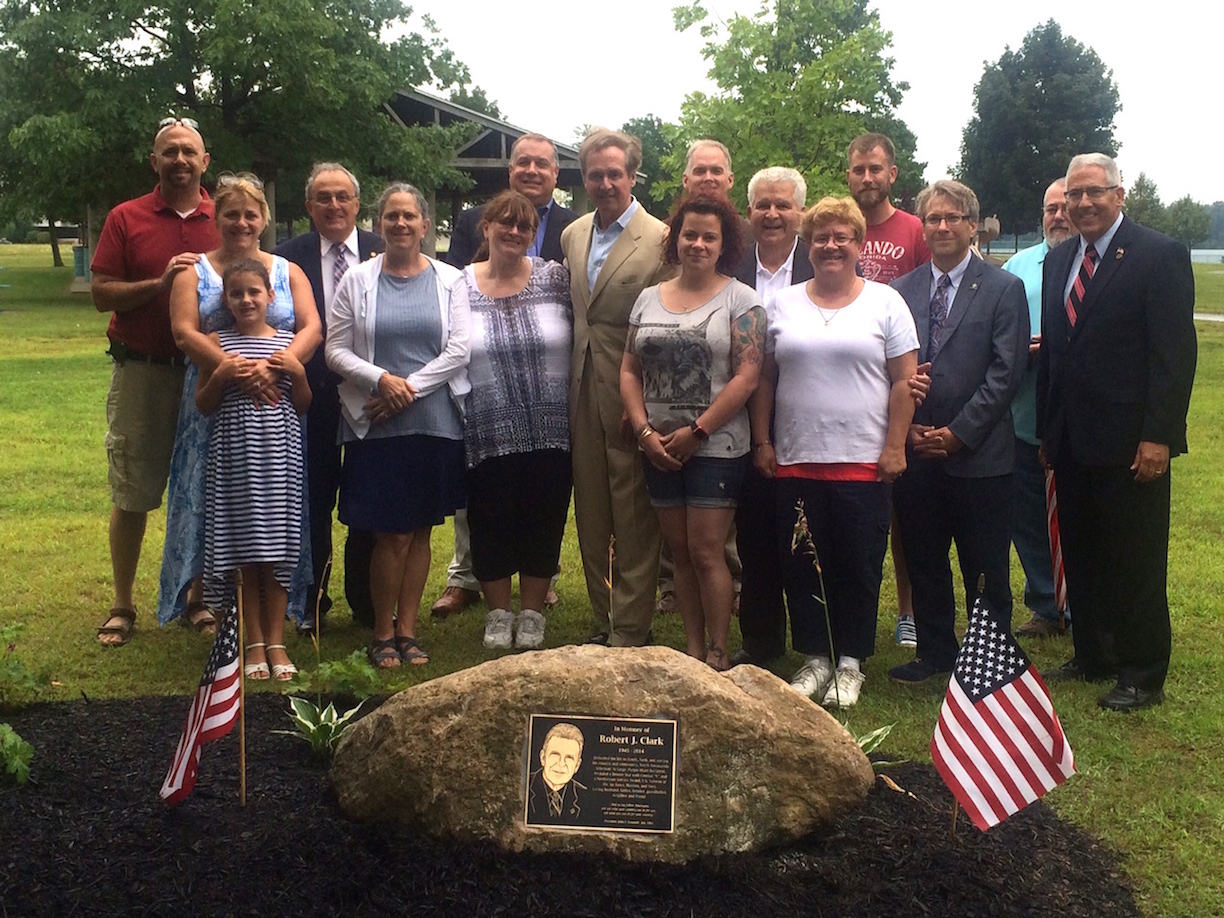