The various Canal Fest pageants have been taking place for most of the festival's 26 years -- but the allure of that once-prized crown and sash might be slipping.

Kate McGowan, who was a judge at last year's competition and is serving as judges director this year, said she was surprised to find only four girls competing in the teen division last year and only three in the queen division.

McGowan, who took part as a contestant when she was younger, remembers when both divisions had as many as 40 contestants each. She'd like to see those days again.

"Last year, we definitely saw a decrease in numbers from the pageants," she said. "We want a high range of girls from the North Tonawanda and Tonawanda areas to really showcase their talents.

"It's not really a beauty pageant. It's really based on personality and poise and doing good in your community. Fifty percent of the overall score is based on the interview; it's based on your willingness to give back to the community.

"It is a pageant, it's not a beauty pageant; we really want to stress that to girls who want to get involved."

The pageants are traditionally held on the Saturday before the opening of the festival; this year, that will be July 18. The deadline for applications is July 11.

Additional events are mandatory for those taking part. For more information on those, additional contest rules and an entry form, visit www.canalfest.org/cftpageant.html. Those with questions can email McGowan at [email protected]. 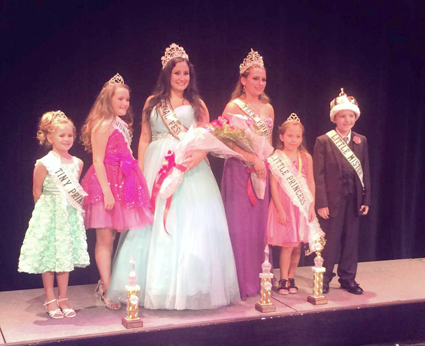