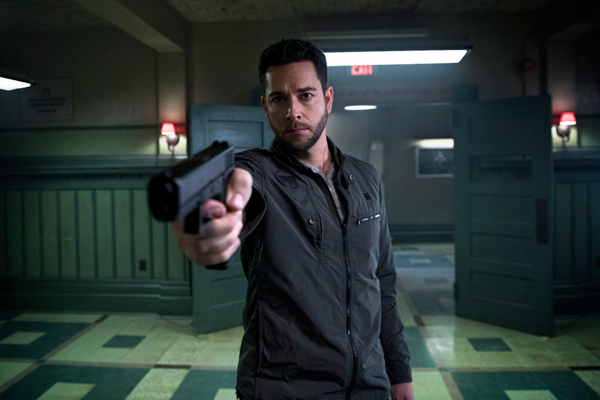 NBC Entertainment has debuted a new 60-second trailer for its fall event series "Heroes Reborn," which is set to premiere at 8 p.m. Thursday, Sept. 24.

"Heroes Reborn" also revealed the official series synopsis, which is as follows:

A year ago, a terrorist attack in Odessa, Texas, left the city decimated. Blamed for the tragic event, those with extraordinary abilities are in hiding or on the run from those with nefarious motives.

Two such vigilantes include Luke (Zachary Levi, "Chuck") and Joanne (Judith Shekoni, "The Twilight Saga: Breaking Dawn - Part 2"), who are seeking to avenge a tragic loss.

Noah Bennet, aka H.R.G. (Jack Coleman, "Heroes"), has gone off the grid, but conspiracy theorist Quentin Frady (Henry Zebrowski, "A to Z") finds him and opens his eyes to the truth behind the Odessa tragedy.

While in hiding, some are discovering their newfound skills. Awkward teen Tommy (Robbie Kay, "Once Upon a Time") just wants to be normal and win the girl of his dreams, Emily (Gatlin Green, "Criminal Minds"), but normalcy is virtually impossible after learning of a new ability that terrifies him. Coming from a very sheltered upbringing, a bold and ethereal teenager, Malina (Danika Yarosh, "Shameless"), has been told she is destined for greatness. In Tokyo, a quiet and unique young woman, Miko (Kiki Sukezane, "Death Yankee 3"), is trying to track down her missing father while hiding an extraordinary secret that will make her a force to be reckoned with. Elsewhere, a different type of hero is emerging through former soldier Carlos (Ryan Guzman, "The Boy Next Door").

Meanwhile, Erica (Rya Kihlstedt, "Masters of Sex"), the head of the highly successful tech conglomerate Renautas, has an agenda of her own.

For better or for worse, some are fated to cross paths with assorted heroes of the past, including Hiro Nakamura (Masi Oka), Matt Parkman (Greg Grunberg), Mohinder Suresh (Sendhil Ramamurthy) and the Haitian (Jimmy Jean-Louis), among others. Yet, together, their ultimate destiny is nothing less than saving the world and mankind.

Fans can visit the official show site at: http://www.nbc.com/heroes.