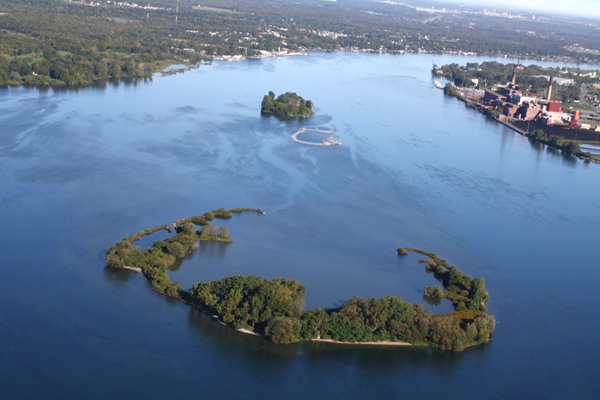 The New York Power Authority board of trustees has approved a $3.2 million contract to LDC Construction Co. Inc. of Grand Island for wetland restoration on Strawberry Island.

Strawberry Island is a small, horseshoe-shaped landmass off the southern end of Grand Island in the upper Niagara River in Erie County. It is mainly used as a fish and wildlife preserve and is managed by the New York State Office of Parks, Recreation and Historic Preservation in cooperation with the New York State Department of Environmental Conservation.

The NYPA trustees approved the contract award at a March 26 meeting.

"With this project, NYPA continues its contribution to the renewal of the Niagara River," said John R. Koelmel, NYPA chairman. "Ensuring that fish and wildlife can once again thrive on Strawberry Island is a top priority."

Decades of being hit with waves, fast-moving water and pack ice, along with nearby dredging and gravel mining, has eroded wetlands on the island and damaged the aquatic ecosystem.

As part of the 2007 federal relicensing of the Niagara Power Project, NYPA agreed to complete eight habitat improvement projects on the Niagara River. Strawberry Island is the final project under the agreement.

The project will focus on nearly eight acres of the island's land and interior lagoon and involve:

Planting to complete the project will be handled under a separate contract.

LDC, which submitted the lowest qualified bid, has significant experience working in marine environments, including wetland restoration and creation along the shoreline of nearby islands in the upper Niagara River. LDC previously completed habitat improvement projects for NYPA on Little Beaver, Frog and Motor islands.

The Power Authority has worked on projects on the river to control invasive species in Tifft Marsh in Lackawanna and Buckhorn Marsh on Grand Island, and for osprey and common tern nesting and the installation of fish habitats.

The cost of the eight projects is about $13 million. Under the relicensing agreement, NYPA will provide funds for operation and maintenance of the projects for the 50-year term of the Niagara project's license.