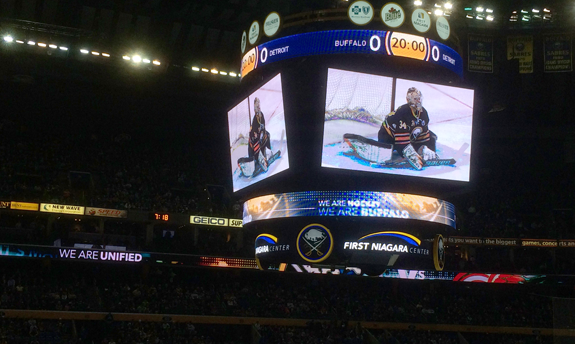 The Buffalo Sabres today announced the team's "Road Crew," sponsored by Labatt's and New Era Cap, will make its second "Tour Stop" of the 2014-15 season in Columbus, Ohio, prior to the team's game against the Blue Jackets Feb. 24.

For a $10 donation to the Buffalo Sabres Foundation, fans will get the opportunity to meet Sabres head coach Ted Nolan and his staff, alumni Bray May and Rob Ray, as well as broadcasters Brian Duff and Dan Dunleavy. The event will include food and drink specials, Sabres trivia, giveaways, raffles and much more. In addition, everyone who purchases a ticket will receive an official Sabres "Road Crew" credential and lanyard.

Tickets can be purchased online at sabres.com/roadcrew or by calling Nick Fearby at 716-855-4452.