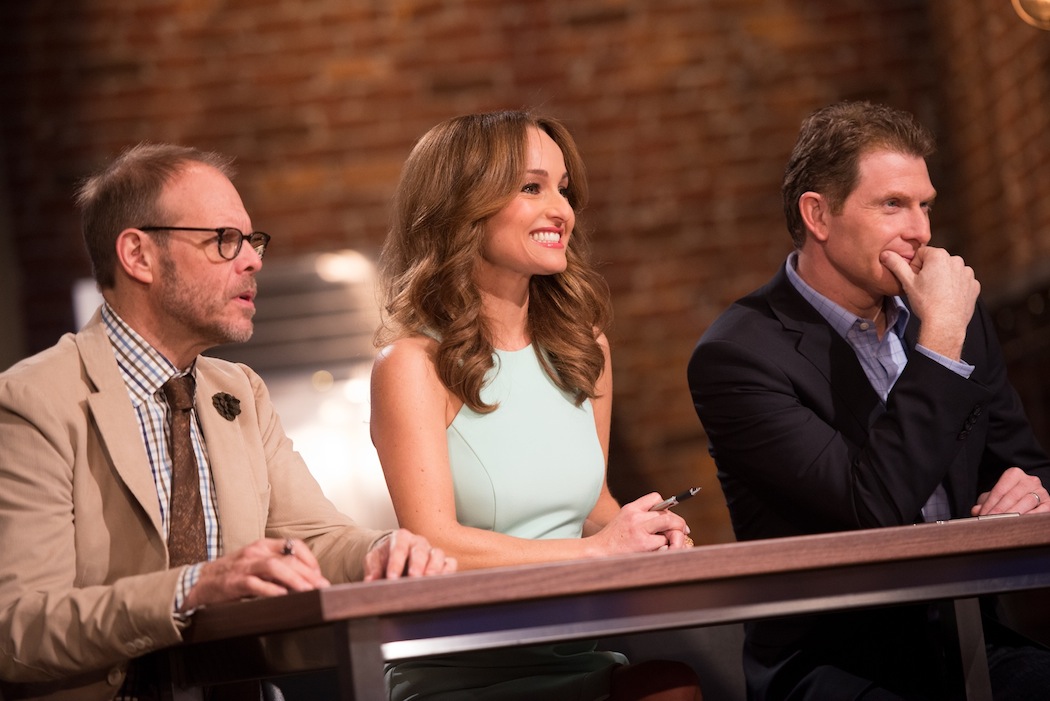 Food Network's long-running competition series "Food Network Star" is back for a 10th season in June, with culinary icons Alton Brown, Giada De Laurentiis and Bobby Flay leading the charge to discover the next promising face in food television. The 12 new contenders are put to the test in a season filled with unique competitions challenging their kitchen and on-camera chops, to find out who has the talent and charisma to follow in Alton, Giada and Bobby's footsteps and helm their own show.

Exclusive web series "Star Salvation" also returns, giving one eliminated contestant the opportunity to rejoin the on-air competition, which culminates in an audience vote to determine who wins the ultimate prize: a show on Food Network.

Shot in Los Angeles, Las Vegas and New York City, "Food Network Star" season 10 kicks off with a one-hour premiere Sunday, June 1, at 9 p.m. The winner will be named in the season finale Sunday, Aug. 10, at 9 p.m.

In the season premiere, the contestants are welcomed to Los Angeles for their "Star"-making journey by Alton, Giada and Bobby, who invite the cast to their own red carpet premiere party that very night at a Hollywood studio backlot. Each finalist must present themselves to a select group of tastemakers, including E! personality Ross Mathews, and prepare their most impressive party bite for the challenge judges and Food Network executives Tuschman and Susie Fogelson.

In a nod to the show's 10th season, two fan favorites from past seasons return in the premiere "Salvation" challenge to battle the first eliminated finalist. The winner will re-enter "Food Network Star" Sunday, July 13.

"Food Network Star" fans can visit FoodNetwork.com/Star all season long for exclusive interviews, video, blogs, behind-the-scenes footage, photo galleries and more. Fans can also connect with each other and the show's stars on Facebook at Facebook.com/FoodNetwork and on Twitter with the hashtag #FoodNetworkStar.