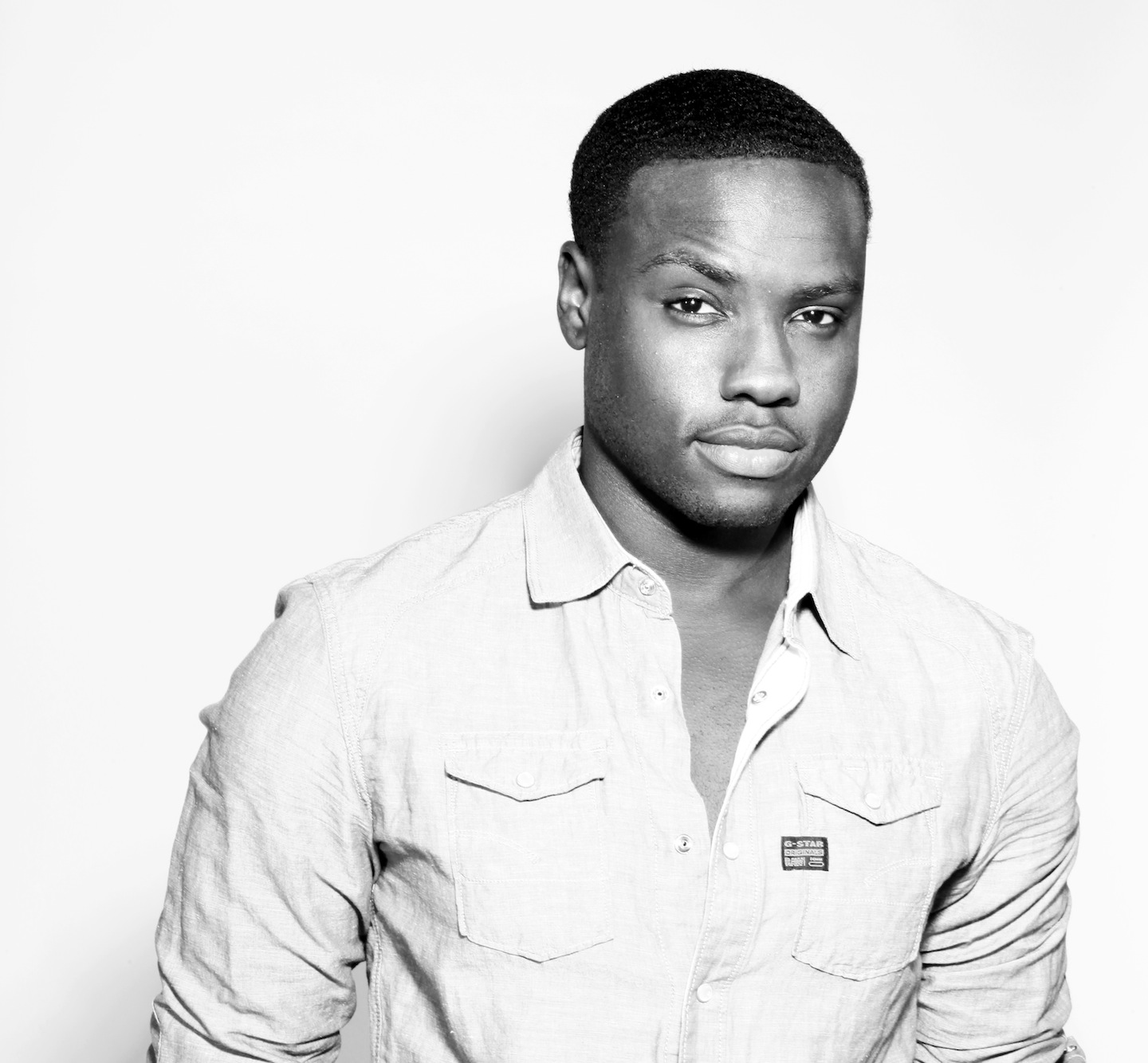 It's debatable how well we journalists actually know the actors and actresses we interview. But to me, Dayo Okeniyi seems like a nice guy. He appears to be intelligent and a hard worker. He loves his mother and he's trying to be an inspiration for those in his home country of Nigeria.

And yet, for some strange reason, I keep watching Dayo die on screen. First it was in the blockbuster film "The Hunger Games," in which he played combatant Thresh. Then it was in the first season of NBC's "Revolution," where he fell by the hand of his father figure and mentor, Miles Matheson (actor Billy Burke).

What gives? Can we just give the guy a chance already!?!

"Whenever I talk to my mom, I'm like, 'Go check out this movie or this TV show I'm in.' She's like, 'Are you going to die this time?' I'm like, 'No!' Literally, 'Revolution' was the last time - well, so far," Dayo said in a recent phone interview.

If there is an actor who deserves some added alive time on screen, it's Dayo (pronounced Die-o). He's talented, and he has succeeded in an industry that hasn't always been receptive to Nigerians.

"What's very interesting about Nigeria is acting is very big," the Lagos native said. "I think it's third to Hollywood and second to Bollywood." But that's in Nigeria. In terms of Nigerians making a mark in American cinema, that's another story.

"Growing up, I was always involved in theater; you know, whatever school I was in," Dayo said. "I was involved in the drama programs that we had. It was a huge passion. But where I'm from, making it in Hollywood is impossible. No one in Hollywood I knew was Nigerian. America, in general, was just another planet that was light years away. So I never really allowed myself to dream that big."

Instead, Dayo set his sights on something a little more traditional.

"In terms of a career path, Nigeria is very old school," he said. "Growing up, it was all about you're either going to be a doctor, a lawyer, or some sort of business/financial kind of a person. So it's not something that's hugely supported, even though there's an industry for it there."

Fortunately, "I was lucky. ... I went to college (in America)," Dayo said. "I was in college in Indiana. I graduated with a degree in visual communications/design and advertising, and then told my folks, 'Yeah, about all those student loans, yeah, I'm about to go try and be an actor.'

"It's normal for parents to go crazy or flip out and be like, 'Uh, we just spent all this money on an education, you're now leaving to up and do something else?' But my parents are awesome. They're completely supportive. I love them to death."

Unable to quell his passion for acting, and with the support of his parents, Dayo shifted his career path to acting.

"Acting is, for those of us who are truly in it for the right reasons, an obsession," he said. "It's a splinter in your mind that you just can't take back."

Dayo knew the odds were against him making it as a working actor in America, but that didn't stop him from trying. He employed "a lot of prayer and hustling, basically," and went to work.

When his green card arrived in the mail - at about the same time his student work papers were expiring - "I was like, 'This is a sign. This is a sign that I'm supposed to stay and try,' " he said. "So I moved out to L.A., and basically I was a maniac, man. I was a pest. Like, sun up/sun down, I was constantly running up and down this town, meeting casting directors, producers; I audited every class I could find."

And while success came fast for Dayo, it didn't come easy.

"It's one of those businesses where one thing leads to another, and work begets work. And I moved out to L.A., and I'd done a few student films, and independent films and short films. And I met my managers, and they decided they were going to give me a shot," Dayo said. "It's one of those things where if I hadn't gone to that one class where I met that one person who told me to check out that other class who told me to meet that one casting director, it wouldn't have happened."

"A year and two months in L.A., and then 'Hunger Games' happened. And then the rest is history," Dayo said.

He described his time on the "Hunger Games" set as invaluable.

" 'Hunger Games' was everything," Dayo said. "It was my first break; it got me into the business. It was awesome. Just being on set everyday was a learning experience. You know, I never went to acting school; it was just something I gravitated towards naturally. I kind of learned from experience. Even when I did theater in college or in high school, I was learning on the job. I think that also translated for film. When I got on set, it (was) just soaking up everything and listening to everything Woody Harrelson says, and what he does.

"You know, Jennifer's incredible. Jennifer Lawrence is an amazing actress to just watch on set. You find yourself watching her as opposed to acting. ...

"That movie was just a huge, huge learning experience for me. And the great thing about that movie, it was such a big movie as a first movie for me, because I got the chance to not only learn what it's like to be on the set of a drama - because there's a lot of drama in the movie - I also got to work out for the film. I got in shape. There was a lot of action training, and I did a lot of fight training.

"It was like this long summer camp of everything to do with film."

Dayo, of course, realizes his story is unique - so, too is his success. When aspiring thespians ask him for advice, he encourages them to follow in his footsteps.

"First of all, I know that doesn't happen for anyone," Dayo said of being cast in "The Hunger Games." "I'm very aware of how lucky I am and fortunate. I told them, you know, 'You just can't sit in your house hoping someone is going to knock on your door and be like "You're a star." ' It just doesn't happen that way. You have to constantly be in peoples' faces."

Dayo can be seen in the recently released film "The Spectacular Now," and in next month's Ben Affleck-Justin Timberlake drama "Runner, Runner." From there, his upcoming pictures include "Cavemen" and "Endless Love."

Working alongside a Jennifer Lawrence, a Billy Burke or a Ben Affleck, Dayo's profile is bound to grow. Of celebrity, he said, "I could care less."

Instead, he hopes to pattern his work after someone like Denzel Washington and create work that lasts.

When he's recognized on the street by fans, Dayo said it's "extremely flattering." But at the end of the day, he'd rather motivate someone to action than sign an autograph.

"Creating a huge body of work and inspiring other Nigerians - people who are where I was and thought it was impossible - having them feel like they can do it, too, that means everything to me," he said.