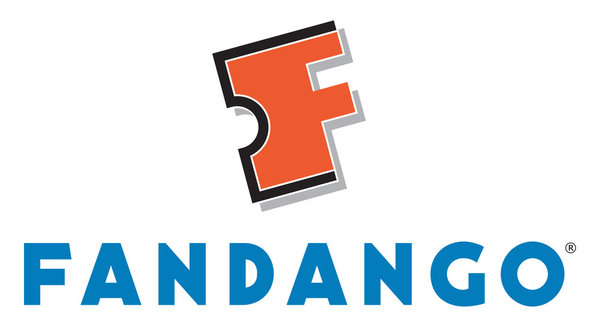 Fandango smashes records with its best year in company history

Fandango, the nation's leading moviegoer destination and a unit of NBCUniversal, announced Wednesday that 2012 was the company's best-performing year in its 12-year history, with record highs in ticket sales, Web and mobile traffic, and app downloads. The records include a 57 percent surge in annual ticket sales, 34 percent annual growth in monthly visitors to its online and mobile destinations, and 31 million downloads of its award-winning mobile apps. During peak months, Fandango saw 41 million monthly unique online and mobile visitors.*

Another notable first for Fandango in 2012 was the launch of its original digital video series, "The Frontrunners." Hosted by the nation's leading movie award expert and Fandango's new chief correspondent, Dave Karger, the series features one-of-a-kind video interviews with awards contenders such as Ben Affleck, Hugh Jackman and Amy Adams. "The Frontrunners" premiered in December and debuts new episodes weekly through the end of movie awards season in February.

"Our 2012 successes have further established Fandango as the go-to resource for the total moviegoing experience - from discovery, decision-making and ticketing, to going to the theater and sharing with friends after the credits roll," said Paul Yanover, president of Fandango. "In 2013, we'll continue our momentum and deliver advertising partners, exhibitors and moviegoers even more products, services and platforms that super-serve their needs."

Fandango's mobile business proved to be tremendously successful in 2012, as the company's mobile tickets sales increased 171 percent year-over-year, and accounted for more than 30 percent of its overall ticket sales. Fandango continued to roll out paperless mobile ticketing to thousands of new theater screens, allowing users to get their movie tickets sent to their phones as scannable mobile barcodes. As part of Apple's Passbook app launch, Fandango's mobile app downloads experienced a 50 percent increase over the last year. Fandango was consistently among the top-10 free entertainment apps on both the Apple iOS and Google Android platforms in 2012.

In 2013, Fandango plans to launch two more original series hosted by Karger, and is slated to bring more reserved seating and paperless mobile ticketing options to significant numbers of new screens across the country.

Fandango, the nation's leading moviegoer destination and a unit of NBCUniversal, sells tickets to more than 20,000 screens nationwide. Fandango entertains and informs consumers with reviews, commentary, celebrity interviews and trailers, and offers the ability to quickly select a film, plan where and when to see it, and conveniently buy tickets in advance. For many theaters, fans can print their tickets at home or receive them as a paperless mobile ticket on their smartphones.

Fandango is available online at www.fandango.com, via smartphones, tablets and other mobile devices, and at 1-800-FANDANGO. Fandango's top-ranking movie ticketing apps, with 31 million downloads, are available on the iPhone and iPad, Android, BlackBerry, Windows Phone 7 and many other platforms. Fandango is enjoyed by more than 41 million online and mobile visitors per month. Film fans find Fandango on Facebook at www.facebook.com/fandango and on Twitter @Fandango.

*According to Fandango's Web and mobile traffic data tracked by Omniture.