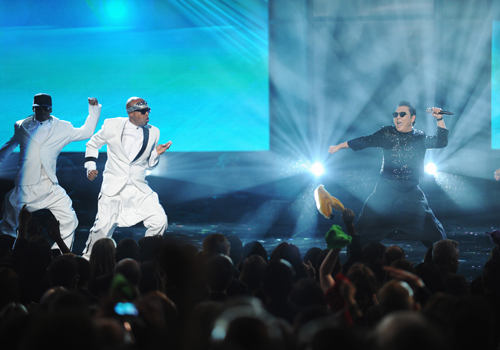 New Artist of the Year

•Despite the substantial competition during primetime, ABC marked Sunday night season highs with coverage of the 2012 AMAs among Total Viewers and Adults 18-49. The show scored ABC's highest numbers in the time period since the Emmy Awards on Sept. 23

•An estimated 25 million viewers watched at least some portion of The 40th Anniversary American Music Awards on ABC during its three-hour broadcast - unduplicated Viewers 2+ watching 6 minutes or more of the broadcast.