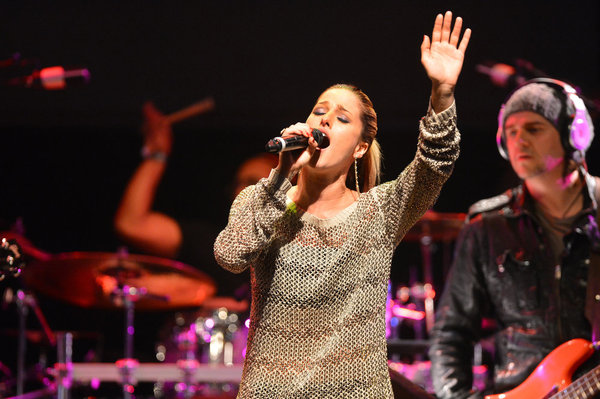 NBC announces two-hour season finale for 'The Voice' on Dec. 18

"The Voice" will decisively declare a winner when the intense vocal competition series concludes its third season with a live two-hour finale on Tuesday, Dec. 18 (9 p.m.). The finale will be preceded with a live, 90-minute final performance episode of "The Voice" on Monday, Dec. 17 (8 p.m.), which will be followed by a sneak preview of NBC's new comedy series "1600 Penn" (9:30 p.m.).

In the final live performance phase of the competition, the top artists from each team will compete each week against each other during a live broadcast. The television audience will vote to save their favorite artists and the two artists with the lowest number of votes will be sent home each week, no matter what team they are on. In the end, one will be named "The Voice" and will receive the grand prize of a recording contract.

In "1600 Penn," the Gilchrists are just the average American family dealing with all the everyday issues - like a grown kid who's forced to move back home, children who are smarter than their teachers and a stepmom (Elfman) desperately trying to win over the kids. They're loving, fun and a little crazy. In other words, just like everybody else. With one exception: they live in a very special house: The White House.

Whether it's entertaining foreign dignitaries, sneaking away for a night out, dealing with middle school crushes or putting out fires - figuratively and sometimes literally - there's never a dull moment in the Gilchrist White House. For example, the first son (Gad) is one of the administration's biggest liabilities, but also the glue that holds this family together. The president (Pullman) knows too well that the only thing harder than being head of state is being head of the family.