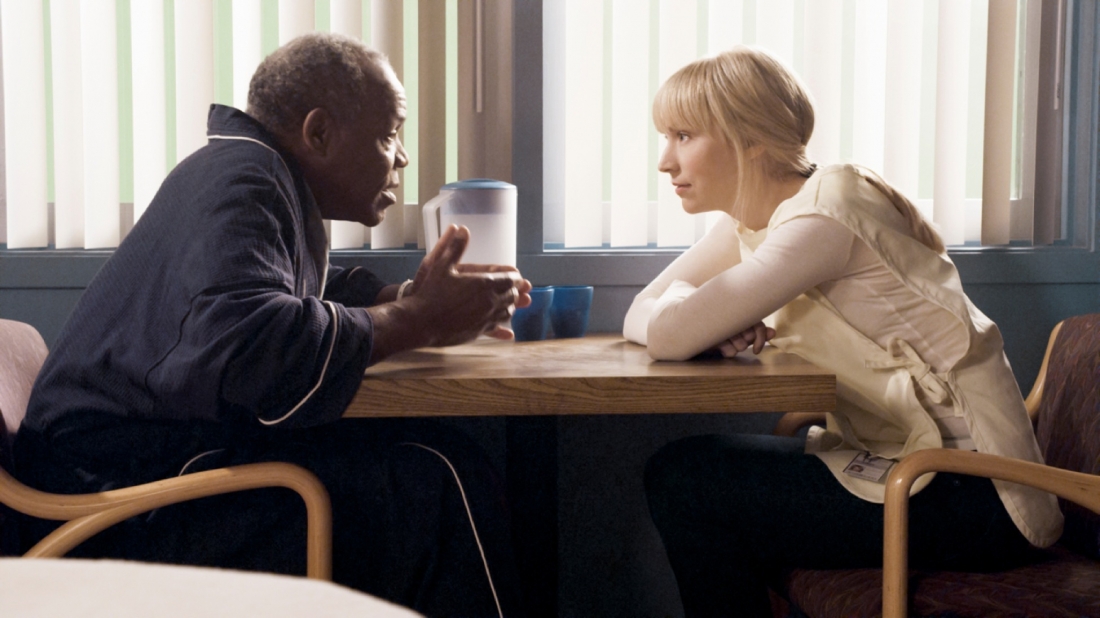 Parker and Hardison get romantic ... kind of

For those waiting to see Parker (Beth Riesgraf) and Hardison (Aldis Hodge) take the next step in their relationship, tonight's episode is your chance.

The "Leverage" team meets up with a World War II veteran while on the trail of a missing Van Gogh piece. In the process, this man (guest star Danny Glover) regales Parker with stories of his forbidden love from long ago, prompting a flashback wherein she and Hardison are the characters in love.

What should be a fun episode for "Leverage" fans was a dream come true for Riesgraf.

"I think that may be one of my favorite (episodes)," she says. "It's called 'The Van Gogh Job.' He's such a beautiful man to begin with, but what an amazing artist. What he brings to a single line ... I don't know. ... Most actors that I've seen would just kill to work with someone like that.

"It was just quite an experience. Danny Glover is a true professional. He knows his stuff."

"It was just an honor to work with him," she says.

As a child growing up in the 1980s, Riesgraf was a fan of Glover's work -- most notably, his turn as perennially ready to retire police detective Roger Murtaugh.

"I was like, when I saw him, it was so hard for me not to be like, 'I watched every "Lethal Weapon" with my mom since I was 10!' I had to contain my excitement. He was so mellow, and so humble, and sweet and gracious. I think I muttered at one point, 'I think you're fantastic,' " Riesgraf says. "I was beyond happy."

The actress admits she was somewhat smitten, too.

"That man, Danny Glover, he says a line and his eyes just smile," she says. "It's this thing where he doesn't have to do a thing -- he just looks at you -- and it just melts your heart. There was a take I was doing -- John Rogers was directing -- and I started to cry on this line that (Danny) said. And I was trying so hard to stop it and I couldn't. John was like, "Maybe don't lose it on this." I was like, 'I'm trying not to! But it's almost impossible. Have you seen this man perform!?!"

"It was pretty amazing to be on the other side of someone like that, and to receive the acting like that. It was really cool."